Marcelo Fumasoni: “The pandemic has affected the growth of women’s places, especially in LATAM” He is Argentinean, studied Industrial Relations, has an MBA and two master’s degrees, one in Human Resources of Organizational Psychology and the other in Professional Management Sciences with an International Business orientation. He claims to be passionate about three things: talent, education and diversity and inclusion. Find out how he thinks and what challenges him as Head of Human Resources at Microsoft Latam.

He took his first steps at Banelco, the first Argentinean fintech company in the 90s, thanks to an internship through the university. At McDonald’s he obtained his first position as head of Human Resources in a context of great expansion for the company. In the search for new professional challenges, he was the HR director of the Chilean group Errázuriz, where he had to create the HR teams for the different businesses, which had different audiences and needs. “This experience marked me a lot, they gave me the real opportunity to be a generalist without having the experience,” Marcelo emphasizes during the virtual interview from his office in Miami, where he has lived for more than 20 years.

Another cornerstone that marked him in his career was working for the integration of Aztra and Zéneca: “It was a very strong cultural learning and personal adaptation”, recalls Marcelo, and highlights that they proposed him to set up the LATAM office in the U.S. despite the fact that he did not know the U.S. legislation. What they told him would mark him forever: “You have freedom to act and, if something goes wrong, you have to respond for that. I learned that from them and I thought it was fantastic,” he smiles.

He also worked at Novartis, where he focused on training in the region: “I already had the hook of the healthcare industry, of working with a purpose, with teams focused on innovation, and Novartis took me to the nth degree.

Marcelo remarks that in recent years he felt passionate about talent, education and diversity and inclusion. “I have built, both for young professionals and senior leaders, corporate universities and learning programs that were quite novel ten or fifteen years ago. At Novartis, for example, we had achieved 50 percent gender representation at all levels. This is my mission now at Microsoft,” Fumasoni stresses, and confesses that when the opportunity to work for the technology giant came up he felt he was already “old”.

“I’ve been at Microsoft for almost three years, learning and trying to make few mistakes. Six months after joining the company, I was hit by the pandemic. During that stage we were in the backoffice trying to get the companies to reconvert as quickly as possible and be able to digitalize and continue operating in retail, in agriculture, in finance, we were practically forced to work twice or three times as hard; therefore, the reorganization we had to do from HR, the care for our people, the retraining of many areas was unique. I had never been exposed to anything like this in my life,” Marcelo explains.

For the Microsoft team it was not a challenge to work in home office because they had implemented it some time before, however, “now the challenge is how to move from a completely remote system to a hybrid one. For this we have to be very flexible and we have to provide a menu of options so that everyone can enter the system in their own time,” he says.

“No system is perfect; each organization will have to determine the most convenient hybrid scheme for its business system. For us, the concept of flexibility was the one that gave us the opportunity to understand that this was the way to go,” he points out.

For his part, he points out that the great learning from the pandemic was to realize what they could do and what they were not doing as an opportunity: “That is the mindset we are trying to have from now on. How to capture opportunities to help LATAM so that the government, education, health, production areas, are more and more quickly up to speed to be able to produce and serve the community. We have an important role and a responsibility that we know we cannot ignore at this time”.

Challenges in on mode

“The mental and spiritual health of every single person who works at Microsoft is a top priority. In addition, we need to continue to build an environment where people feel inspired to give their best; for that we need to have career plans, managers who care for their employees, flexibility and a very strong level of respect,” reveals the Head of Human Resources.

Another challenge, he says, is to remain socially committed and inclusive in the way we manage or work: “The labor market has always been very unequal, and always more disproportionately in favor of men than women. We have to take care of the women’s communities within the company, this is the predicament I am in. The pandemic affected the growth of women’s places, especially in LATAM, so at the time we activated a system of paid leave and furloughs in order to take care of their jobs. It was a good effort and a great learning that we have to be fast and agile. But the truth is that there is no common solution for everyone,” he concludes.

How to achieve a successful talent retention rate?

For companies like Microsoft, our talent is our production plant, retention is very important, and there are several levels that impact this:

2.Workenviorment. This requires a lot of flexibility rules, diverse work teams, with clear objectives. The role of the manager is fundamental, he/she must be the one who creates energy in the teams.

3.Compensation. That is, what is the deal at the end of the journey. It is about the perception I have of what I have already given to the company and what the company gives me back.

“Cooperation, collaboration, innovation are skills that allow people to understand the role that the future plays or can play in the things they are doing. Companies like ours require all that intellectual power. But soft skills in terms of collaboration, participation, creation, that is, these social and technical competencies are relevant. There is not one that is common to all, you have to do your exercise to determine what is most relevant for each stage of the business you are representing or supporting.”

Facebook
Twitter
Pinterest
WhatsApp
Previous articleVirgin Pulse, Changing Lives For Good
Next articleAnna Tavis: “People should always be the most important investment that any company or organization needs to make” 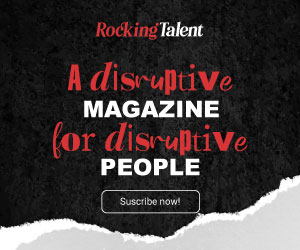